Janet Lightner, the manager of Boundary Bay Brewery, is gearing up to run the Bellingham Bay Marathon on September 28th. 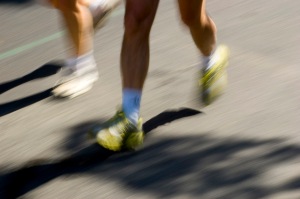 Janet turned to Bellingham Fit to get her motivated and committed to the training program to prepare her for the marathon.  At the peak of her training, she was running four days a weeek and one of those days involved a long run of up to 22 miles.  Now, as the marathon draws near, the long runs are tapering down in length, but she is still running at least four days a week.  She jokes that she’s doing it to allow herself to continue enjoying all the great beer that surrounds her daily without having to give in to a beer belly. 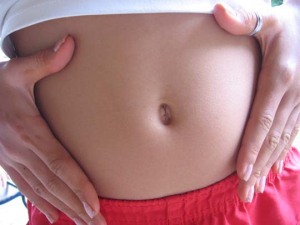 However, in the Spring issue of Beer Northwest magazine, Lucy Burningham writes: “The idea of the beer gut has resulted from a hapless combination of fact and fiction.  Think about it: anyone who gains weight suffers from an unfortunate mixture of bad diet, lack of excercise, and in some cases, an obscene amount of beer drinking.  I propose a new and more accurate term for large bellies – ‘greasy food guts’.”  In an article about the growing trend of combining beer and running, Burningham reported that a 2007 study in Spain conducted research to see how the human body responded to drinking beer after strenuous excercise.  Students who participated excercised in extrememly hot conditions and then drank either a pint of water or a pint of beer afterwards.  Surprisingly, the study found that the students who drank beer hydrated “slightly better” than the water drinkers.  Now, we’re not saying that Janet is going to be drinking beer during her training or her marathon, but we are suggesting you broaden your horizons and start seeing all the wonderful applications for beer in every day life!  =)  And come out and root for your fellow Bellinghamsters September 28th as they complete the Bellingham Bay Marathon…maybe even offer them a cold brew when they finally cross that finish line!