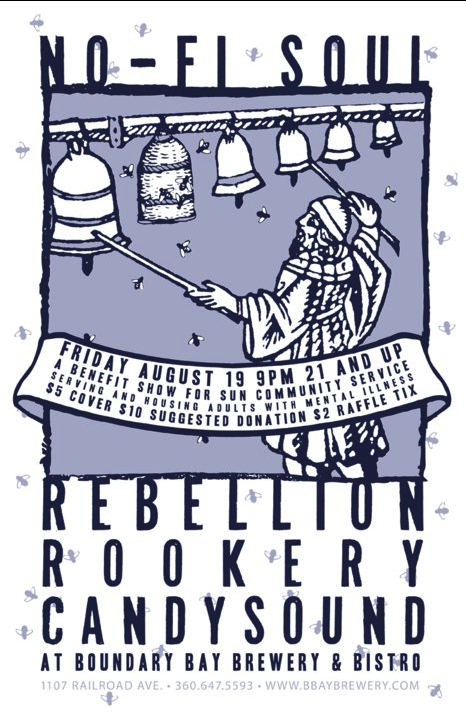 Sun Community Service (SCS) administers two housing programs for people in Whatcom County who are homeless and have significant behavioral health/mental health needs. The first, Sun House, is an emergency homeless shelter where people can live for up to three months while transitioning into permanent housing. SCS also runs a Permanent Supported Housing program with five apartments, which just opened in July.  SCS have been serving the people of Whatcom County since 1973 and their staff works hard to make sure their clients have the support they need to meet their goals.
The show starts at 9pm in the beer garden and there is a $5 cover and a $10 suggested donation (which includes a raffle ticket).  Each additional raffle ticket costs $2 and enters you in a raffle to win prizes from the following local businesses:
Brenthaven
Home Depot
Everyday Music
The Upfront Theatre
Mojo Music
Bellingham Fitness
Barnes and Noble
Village Books
Trader Joes
Old Fairhaven Wines
Community Food Co-op
Fairhaven Runners
Drizzle
City Gym
Costco
Quel Fromage
20th Century Bowl
And More!