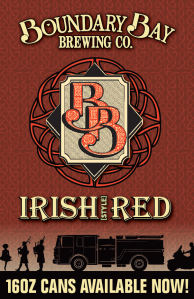 The craft beer scene has seen tremendous growth in the production and distribution of canned brews, so why the paradigm shift? There are a lot of practical reasons behind the craft canning movement; efficiency, recyclability, and consumability to name a few. At the core, it’s cheaper to produce and better for the environment.

Cans are lightweight and easier to move around, in comparison to its heavier and more breakable, bottle counterpart. Distribution wise, a truck-load of aluminum cans proves to be a more portable process overall, as apposed to the glassware alternative. The same notion applies to the average outdoor adventure…canned packaging fits the occasion; light weight, unbreakable (unless you’re really trying) and satisfyingly crunchable once consumed.

But besides practically reasons, “Beer cans also have a certain nostalgic appeal” states Charles Passy of Wall Street Journal, “that retro-chic factor, in other words”.  “That sound of a beer can being opened”, ads Oskar Blues spokesman Chad Melis, “is one we associate with good times”  Namely the 60’s, when cans were also at a pinnacle point in popularity!

According to a study by the Beer Institute, in 2012 cans constituted 53.2% of the beer market, while bottles had a 36.5% share. If you look back to 2006, cans accounted for 48.3% of the market and bottles 41.9%. That’s a pretty significant gap, and it makes sense. Cans are more compact and less packaging means you can move the same amount of product in less trips, reducing your overall expense and carbon footprint simultaneously.

So, there’s clearly reasons behind the…canned-ness…and we thought, what better event than the Bellingham St. Patrick’s Day Parade, a day centered around the showcasing of GREEN-inspired innovations, to announce the arrival of our newest 100% recyclable product! Pick up a 16 oz. can of Boundary Bay Irish Style Red – just $2.25 at pint size! At 4% ABV, it’s the perfect session ale. Crack one and enjoy…wherever you might find yourself. Cheers!